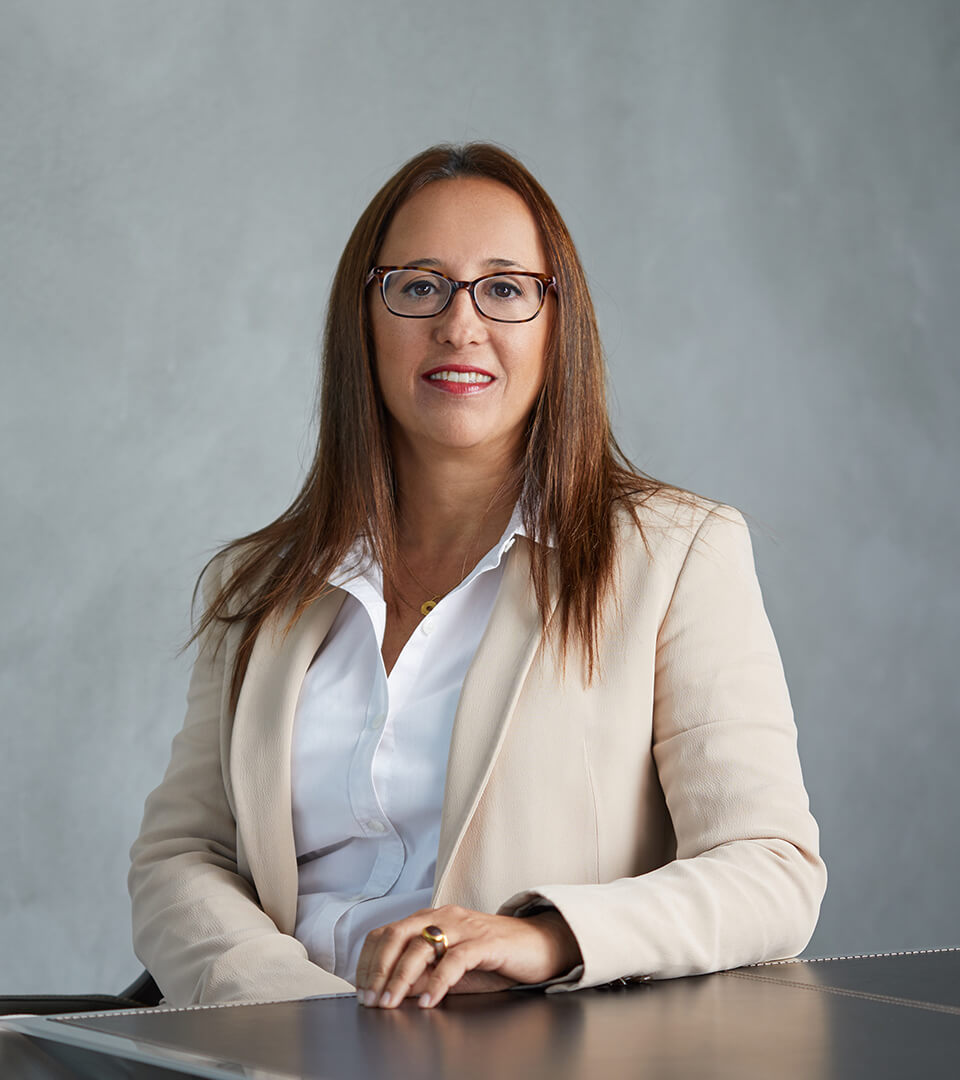 Sharon Kohane joined the Firm as a partner and manager of the White Collar Department, in March 2017.
Before joining the Partnership, Sharon had, for the past 15 years, served as a senior prosecutor in the Tel Aviv District Attorney’s Office (Taxation and Economics), inter alia as Department Head and as the person in charge of economic enforcement in the District.  In this position, Sharon managed cases of public and legal importance in the field of economic-criminal law.

In light of her many years of working in senior positions in the District Attorney’s Office, Sharon gained considerable experience and expertise in the management of complex and broad-based economic-criminal cases (“white collar” crimes) in all of the various courts, including in seizure and forfeiture proceedings.  Sharon is well acquainted with enforcement and prosecution personnel and the decision-making mechanisms in those bodies, following years in which she instructed, consulted and assisted them.

Sharon has gained recognition by the leading international ranking guide ‘The Legal 500’ for her achievements in the field of Dispute Resolution – White-Collar Crime, Investigation and Fraud.

The Department that she heads specializes in the field of criminal law, and mainly in economic and white collar cases, with an emphasis on tax offenses (income tax, VAT, purchase tax), securities, antitrust, money laundering, bribery, fraud and breach of fiduciary duties.
Sharon provides clients of the firm, both corporations and private individuals, with broad-based legal services which combine handling on the civil, criminal and administrative levels, including, inter alia, advice, representation before the taxation authorities, from assistance with investigation proceedings, hearings and the running of proceedings before the various courts.
Sharon has special experience in the field of money laundering, including the representation of clients, the provision of expert opinions, the implementation of procedures, lectures and training sessions.

Sharon acts as (joint) chair of the Anti-Money Laundering Committee at the Israel Bar Association.

03.12.2020 | Adv. Sharon Kohane about the preliminary pleas in the prime Minister’s cases

02.11.2020 | Former capital market executives Moshe Goldman and Shaul Maor were convicted as part of a plea bargain; the Goldmans were represented by Adv. Sharon Kohane, partner and Head of our White Collar Department.

Advs. Sharon Kohane and Esty Levine of our firm, who represented the Goldmans in the file, responded that: “This ends […]

09.09.2020 | The Attorney General is holding a hearing for MK David Bitan, who is suspected of accepting bribes in the scope of about NIS 1 million; Adv. Sharon Kohane, Partner and Head of the White Collar Department, represents MK Bitan in co-representation.

Further to the news dated August 16, 2020, the hearing procedure took place today prior to submission of an indictment […]

16.08.2020 | Indictment subject to a hearing against two contractors who won tenders for the H-1000 Compound in Rishon LeZion; Adv. Sharon Kohane, partner and manager of the White Collar Department, is jointly representing MK David Bitan.

Indictment subject to a hearing against two contractors who won the tenders for the H-1000 Compound in Rishon LeZion. The […]

| The Jerusalem District Attorney has submitted a bill of indictment against senior officials in the Beit Shemesh Municipality. Adv. Sharon Kohane, manager of the White Collar Department at our firm, is representing the accused.

The Jerusalem District Attorney has submitted a bill of indictment against senior officials in the Beit Shemesh Municipality. Adv. Sharon […]

Israeli ranking guide DUN’S100 rated our firm as leading in 19 areas of practice in the legal market in Israel. We […]

11.11.2019 | Adv. Sharon Kahana, Head of the White Collar Department and a partner in our firm, on “Ma Boer” (lit. What’s Burning) on Galei Tzahal (Army Radio) with Ha’Aretz journalist Josh Breiner,about the judgment of former Mayor of Ashkelon – Itamar Shimoni.

Further to the courts’ decision as to the question of whether favorable coverage can be considered as bribery; this decision […]

At the beginning of the hearing of Prime Minister, Mr. Benjamin Netanyahu, Adv. Sharon Kahana, Head of the White Collar […]

Adv. Sharon Kahana, Head of the White Collar Department and a partner in our firm, previously a senior prosecutor in […]

22.09.2019 | Adv. Sharon Kohane in “Friday with Ayala Hasson” – about the Prime Minister’s hearing, and the legal question in the matter relating to him.

Adv. Sharon Kohane, a partner and Head of the White Collar Department in our firm – previously a senior prosecutor […]